The Year of Our Love

An extraordinary story of friendship and love across class lines, this rich, evocative novel traces the history of modern Italy, from 1975 to 2013, through the fate of one couple.
Valerio and Olivia grow up together in the Morganti family’s opulent villa in Bologna, inseparable friends even though they come from vastly different worlds: Olivia, the Morgantis’ daughter, is the heir to a large industrial fortune, while Valerio is the son of their gardener and maid. Largely sheltered from the dangers rampant in the unstable Italy of the 1970s, the two share their first innocent kiss at five years old, which heralds the start of a decades-long relationship.

From Valerio having to move to a poor neighborhood in Rome and Olivia making her entrance in high society, life tries to separate them at every turn, but without success, so strong is the bond between them. Year after year they meet only for a few moments, which feel like they’re eternal, and their friendship turns into something more intense, and scary. They take different paths: Olivia travels the world looking for herself, while Valerio devotes himself to a prestigious career that doesn’t satisfy him, in a country that is quickly losing its identity in the political crises of the Berlusconi era. Still, they keep meeting again and again at crossroads in life.

The Florios of Sicily - vol. 2

The Florios, the Lions of Sicily, have won. Gone are the days of the modest putìa in central Palermo, the sacks of spices, of Paolo and Ignazio, who went there to escape poverty, with determination as their only wealth. Now, they own buildings and factories, ships and tonnaras, silks and jewels. Now, the entire city looks up to them, honours them and fears them. And young Ignazio fears no one. The destiny of Casa Florio has been his destiny since birth, it runs through his veins and drives him beyond Sicily, to Rome and political intrigues, to Europe and its courts, to the naval dominion of the Mediterranean, to buying the entire Aegadian Islands archipelago. Ignazio has a dazzling empire but a heart of ice, because, for the glory of Casa Florio, he had to give up the love that would have capsized his destiny. A love whose shadow never leaves him, even to the very end... 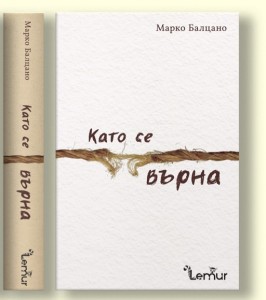 Once I Am Back

From the internationally best-selling author Marco Balzano, a powerful and delicate novel that reveals an often-unspoken chapter of Italian and world history: that of the White Orphans.
For thirty years now, two thirds of the world’s migrants have been women. Yet, despite this fact, migration continues to be
talked about as an essentially male issue and as if the world was still that of the post-war period, in which thousands and
thousands of arms were used for mines, fields, factories.

Once I Am Back speaks of a vast and silent army of women, that of caregivers, telling the story of Daniela, who leaves
Romania to reach Milan and offer her children a better future, thus giving up watching them grow. In Milan she becomes
invisible: a foreigner in a city of strangers, no longer a woman, no longer a mother, just an assistant, a servant. Months turn
into years, and Daniela no longer belongs anywhere.
When her youngest son - the favorite one, the one she was told she couldn’t have - ends up in a coma after a motorcycle
accident that sadly resembles a cry for help, Daniela returns to Romania, trying to mend wounds that have been bleeding for
years. The story of a complicated but inseparable bond, the love of a mother for her child and the sacrifices that we are willing to
do for the people we care about.

Highly original . . . it reminded me of Stephen King at his best: creepy as hell, but with compassion for every character however misguided. Jake Kerridge, Daily Telegraph

Suspenseful and heart-breaking, Resin is the story of what can happen when you love someone too much – when your desire to keep them safe becomes the thing that could irrevocably harm them.

Liv died when she was just six years old. At least, that’s what the authorities think.

Her father knew he was the only one who could keep her safe in this world. So one evening he left the isolated house his little family called home, he pushed their boat out to sea and watched it ruin on the rocks. Then he walked the long way into town to report his only child missing.

This way, Liv would be safe.

Half graveyard keeper, half librarian, Astolfo Malinverno mixes the stories of the books with those of his friends, strangers, the living and the death, changing their destinies. There are places where books are in the air, where the words from novels and poems belong to everybody and where the newborns’ names hint at dreams and promises. Timpamara is such a place. It has always been like this since the first Calabrian paper mill was built there, followed shortly after by a pulping mill.

Astolfo Malinverno is the librarian of the town: besides his daily duties, every now and then he stumps along to the pulping mill to retrieve some books that can circulate again. But one day the messenger of the city council informs him that he has been appointed for a new role: the graveyard keeper. After a few days Astolfo, who not only is a great reader but also has a sparkling imagination, is enchanted by a photo of a woman on a gravestone. There is nothing else on it: no names, no date of birth and no date of death. Over time, he starts to feel an almost loving interest for her and decides to delve into the mystery of that silent face. 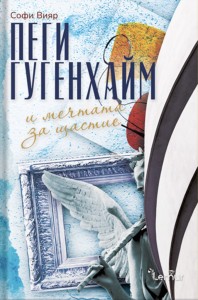 Art was her passion. Love was her destiny.

Paris, 1937. The rebellious heiress Peggy Guggenheim is enjoying life in the French capital's dazzling bohemian world, where one glamorous cocktail party follows another. But Peggy has a dream. She wants to open her own gallery, and stand on her own two feet at last. Then she falls in love with a tall man with shining eyes: the writer Samuel Beckett.

But their love is doomed from the start, because the only way for Peggy to realise her dream is to go to London, far away from Beckett. Then dark clouds gather on the horizon – and when the war forces countless artists to flee Europe, Peggy helps as many as she can, risking both her life and her love.

Inspired by the striking image of the belltower rising from Lake Resia, all that remains today of the village of Curon, Marco Balzano has written a poignant novel that beautifully interweaves great moments in history with the lives of everyday people.   In the small village of Curon in South Tyrol, seventeen-year-old Trina longs for a different life. She dedicates herself to becoming a teacher, but the year that she qualifies - 1923 - Mussolini’s regime abolishes the use of German as a teaching language in the annexed Austrian territory. Defying their ruthless program of forced Italianization, Trina works for a clandestine network of schools in the valley, always with the risk of capture. In spite of this new climate of fear and uncertainty, she finds love and some measure of stability with Erich, an orphaned young man and her father’s helper.    Now married and a mother, Trina’s life is again thrown into uncertainty when Hitler’s Germany announces the “Great Option” in 1939, and communities in South Tyrol are invited to join the Reich and leave Italy. The town splits, and ever-increasing rifts form among its people. Those who choose to stay, like Trina and her family, are seen as traitors and spies; they can no longer leave the house without suffering abuse. Then one day Trina comes home and finds that her daughter is missing…

The Three Deaths of Amerigor

The Florios of Sicily

The Florios arrive in Sicily, with nothing but the clothes on their back after an earthquake destroys their hometown. Against all odds, the family begins anew despite the looming Napoleonic wars and devastating plagues. But when Vincenzo is spurned by his aristocratic lover, he vows to avenge his honor by becoming the wealthiest man in Italy. Sacrificing love and family, he strives to buy what cannot be his by birth. Not to be outdone by the men, the Florio women unapologetically demand their place outside the restraints of caring mothers, alluring lovers, or wounded wives. Giulia, though only a mistress, is fiercely intelligent and runs the empire from the shadows. Angelina, born a bastard, charts her own future against the wishes of her father.

In this epic yet intimate tale of power, passion, and revenge, the rise and fall of a family taps into the universal desire to become more than who we are born as.

Growing up in Zagreb in the summer of 1991, 10-year-old Ana Juric is a carefree tomboy; she runs the streets with her best friend, Luka, helps take care of her baby sister, Rahela, and idolizes her father. But when civil war breaks out across Yugoslavia, football games and school lessons are supplanted by sniper fire and air raid drills.

The brutal ethnic cleansing of Croats and Bosnians tragically changes Ana's life, and she is lost to a world of genocide and child soldiers; a daring escape plan to America becomes her only chance for survival. Ten years later she returns to Croatia, a young woman struggling to belong to either country, forced to confront the trauma of her past and rediscover the place that was once her home.

“Outstanding . . . Girl at War performs the miracle of making the stories of broken lives in a distant country feel as large and universal as myth.”

“Astonishing . . . Girl at War is an extraordinarily poised and potent debut novel, a story about grief and exile, memory and identity, and the redemptive power of love.”

We are proud to announce that the masterpiece of the Brazilian author Itamar Vieira Junior "Torto Arado" will be brought soon to the Bulgarian market. The novel focuses on two sisters, Bibiana and Belonísia, daughters of impoverished workers on a plantation in the interior of Bahia, in the northeast of Brazil. They are descendants of slaves for whom "emancipation" is a meaningless date on the calendar. Intrigued by the contents of a suitcase hidden beneath their grandmother's bed, the girls pay a terrible price for their mischievous snooping; that day changes their lives forever.

ITAMAR VIEIRA JUNIOR (b. 1979), a renowned writer of novels and short stories, was born Salvador, Bahia, Brazil. He studied geography and earned is  PhD in Ethnic and African Studies from the Federal University of Bahia. His research focused on the formation of quilombola communities, Afro-Brazilian communities organized by descendants of escaped slaves. 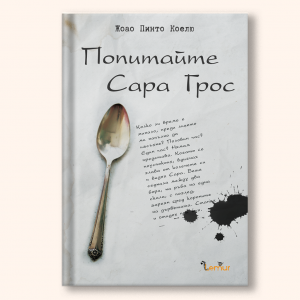 Before Hell, there was a town…

The Great Synagogue and the Church of the Virgin Mary have been looking indulgently at each other, over the roofs of Oswiecim for a long time. It was there that Sarah Gross learned to be happy. Then they came and changed everything. The name of the city as well.

Auschwitz? What the hell was Auschwitz?