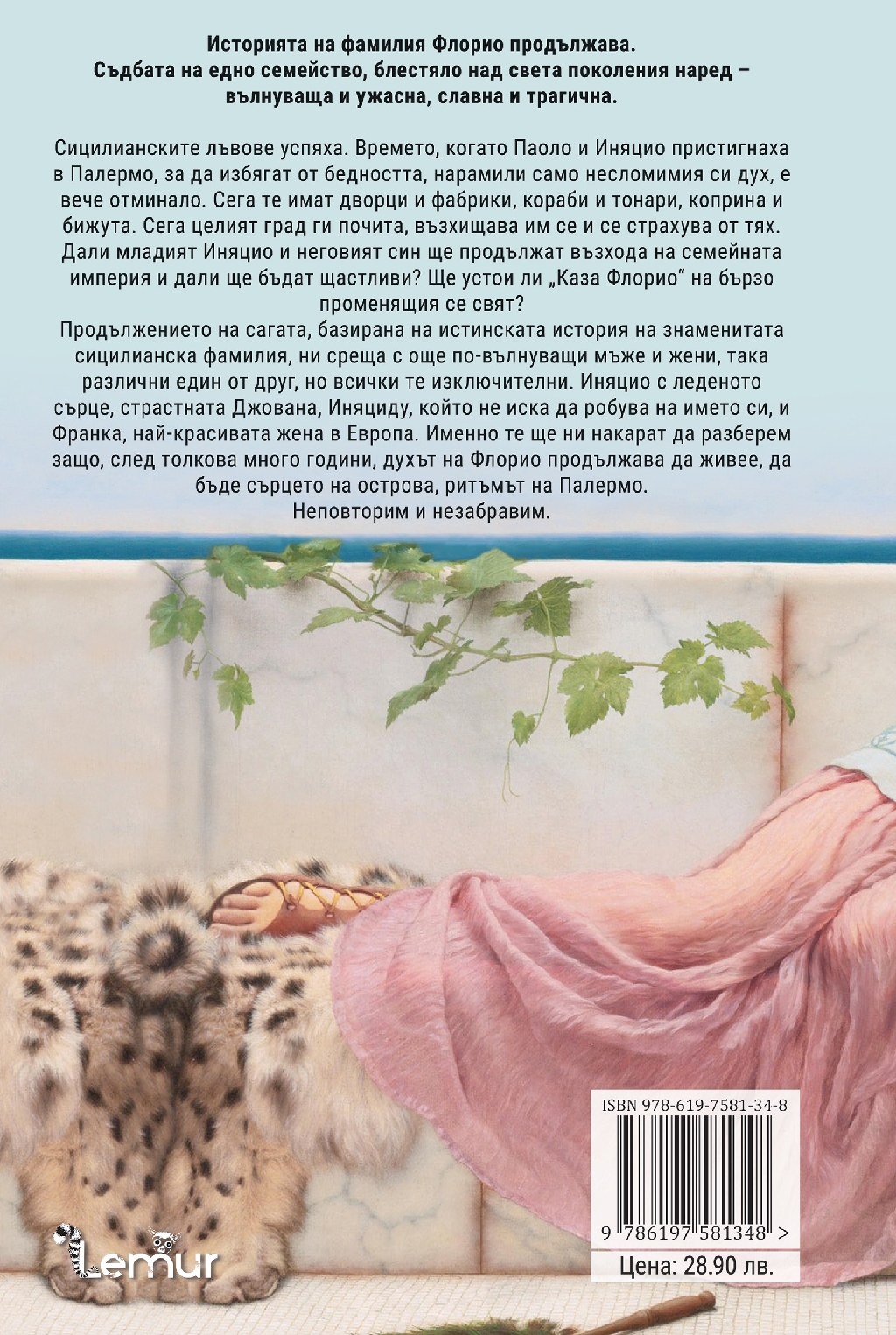 The Florios, the Lions of Sicily, have won. Gone are the days of the modest putìa in central Palermo, the sacks of spices, of Paolo and Ignazio, who went there to escape poverty, with determination as their only wealth. Now, they own buildings and factories, ships and tonnaras, silks and jewels. Now, the entire city looks up to them, honours them and fears them. And young Ignazio fears no one. The destiny of Casa Florio has been his destiny since birth, it runs through his veins and drives him beyond Sicily, to Rome and political intrigues, to Europe and its courts, to the naval dominion of the Mediterranean, to buying the entire Aegadian Islands archipelago. Ignazio has a dazzling empire but a heart of ice, because, for the glory of Casa Florio, he had to give up the love that would have capsized his destiny. A love whose shadow never leaves him, even to the very end...

The Florios win everything, then lose everything. And yet this is only a part of their extraordinary story. Because this father and son, so different, so remote, have at their sides two women who are also very different and yet both exceptional: Giovanna, Ignazios wife, hard and fragile like crystal, filled with passion but starved of love, and Franca, Ignazziddus wife, the most beautiful woman in Europe, whose gilded life is shattered by the blows of a cruel fate.

It is these two women who trace the true trajectory – exciting and dreadful, glorious and tragic – of a family who, for a long instant, lit up the world. It is they who will make us understand why, after so many years, the Florios live on, unique and unforgettable, as the heartbeat of an island and of a city.

Plot: 5 Layout: 5 Would you recommend the book to a friend? 5

Plot: 5 Layout: 5 Would you recommend the book to a friend? 5

Plot: 5 Layout: 5 Would you recommend the book to a friend? 5
Add a product review